0shares
Joia turned 5 months on October 13th.  She is the happiest baby ever!  She loves to laugh and giggle, but she also has a little temper that I can see developing as well.  When she gets upset…she gets UPSET!  She has started trying to have little tantrums and fall out.  We have got to get that in check real quick!  She is something else, but that’s my baby love!

Growth
I have no idea how much she weighs or how long she is because she didn’t go to the doctor.  Her next appointment will be at 6 months.  I’m sure she has gained some more weight because she is getting chunky.  She was itty bitty at first, but now she is my juicy baby.  She is still wearing size 2 pampers.  She can still fit some 0-3 month and 3 month old clothes depending on the brand.  She is mostly in 3-6 month clothes now, but I have also tried some 6 month clothes on her as well.  Depending on the brand they fit just great, but some are still too big for her to wear.
Feeding
She is drinking 6 oz of Similac Advance/Parent Choice about times a day. We have tried rice cereal and bananas with her so far.  At first she was iffy about the rice cereal, but now she loves it.  It seems to get her a little backed up though so we are going to stop that and probably try oatmeal.  She loves the bananas!  She is getting the hand of eating solids quite well now.  She will open her mouth when the spoon gets near.  She will also hum because she wants more.  I have started introducing baby sign language to her with the sign “more” so if she wants more of something she can sign it.
Sleeping
She still wakes up at least once during the night.  Sometimes it’s for a feeding and other times it’s because she can’t find her pacifier to put it back in her mouth so once I put it back in she goes right back to sleep.  Other times it’s because her pamper needs to be changed and then I give her the pacifier and she’s right back to sleep.  We’ve tried putting her in the pack n play since it’s in our room, but she is so used to the rock n play or our bed that she doesn’t really seem to like to stay in the pack n play long.  We will keep trying though.  She is getting too long to be in the rock n play so we won’t be using that much longer.
Teething
I think she is starting to teeth, but there are no teeth just yet.  I can see a little white spot and also a red spot on her gums.  She is also gnawing on things more so I’m sure we will see a tooth pop up soon.
Milestones
She HATES

My Postpartum Update
I’m slacking y’all!  I was only 3lbs away from my pre-pregnancy weight, but now I’m 6lbs away!  I just went to the doctor about a week ago for my annual.  Everything is fine with me…I’m just being a slacker in the weight department.  I have never been a dedicated fitness person, but I’m going to get my life together one of these days LOL

TuTu Cute by Angie
Jordy captured 5 month photos of Joia wearing a TuTu cute baby tutu.  My friend has her own business making tutu’s for babies, children, and even adults.  I will talk more about her company later this week. Check out one of her creations below.  I will post a lot more photos later this week when I give you all of the deets on her company and how you can get one!

To see other baby updates click HERE.
What could your baby do at 5 months?

This site uses Akismet to reduce spam. Learn how your comment data is processed.

Come Wag Along is a participant in the Amazon Services LLC Associates Program, an affiliate advertising program designed to provide a means for us to earn fees by linking to Amazon.com and affiliated sites.

Want to be a sponsor? Click here for more information. 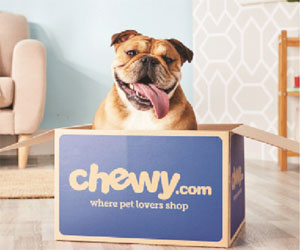 This site uses cookies to store information on your computer. Some are essential to make our site work; others help us improve your user experience. By using this site, you agree to our use of cookies. more information

The cookie settings on this website are also set to "allow cookies" from Google to deliver its services, to personalize ads and to analyze traffic. Information about your use of this site is shared with Google. Please visit our Disclaimer & Disclosure Policy page in the menu above or by clicking (HERE) and review the information before viewing this site. If you continue to use this website without changing your cookie settings or you click "Accept" below then you are consenting to this.